Hakkoryu (Eighth Light System) was founded on June 1, 1941 by Shodai Soke Okuyama Yoshiharu (Yoshiji). On this date at the Shiba Tenso Jinja (shrine in the Shiba district of Tokyo), Okuyama sensei held the Hakkoryu Kaiso Hokokusai (ceremony proclaiming the birth of Hakkoryu). After that point in time Okuyama sensei used the pen name of "Ryuho" meaning "the Spine of the Dragon".

Okuyama Yoshiharu was born on February 21,1901, in Yachi-cho, Nishi Mu-Rayama, Yamagata prefecture, to a former samurai family of the upper Mogami River. In his early years he trained in various bujutsu and studied oriental medicine. In 1936, Okuyama sensei was awarded an instructors license in Daito Ryu by Somi Takeda, shihan. Okuyama sensei studied the okuden (secret techniques) and helped Takeda sensei run his aiki association.

By 1939 Okuyama sensei moved to the Kanda District in Tokyo and founded the Dai Nihon Shidokai (Greater Japan Way of the Samurai Association). At this time Takeda sensei was advanced in years and was being cared for by his family. This caused the leadership of Daitoryu to be somewhat in question. This environment set the stage for Okuyama sensei to formulate his own distinct system which he named Hakkoryu.

Okuyama sensei philosophically conceived that there are nine wavelength bands in the electromagnetic spectrum. He refered to the eighth of these nine bands as the infrared (red) which holds the secret of the power of Hakkoryu Jujutsu. This eighth band that Okuyama sensei speaks of is seemingly weak in composition but is surprisingly powerful. In this analogy, red symbolizes the land of the rising sun - Japan.

Therefore, using this analogy used by Okuyama sensei, Hakko reflects great national pride while it explains a main concept of this style of self defense. 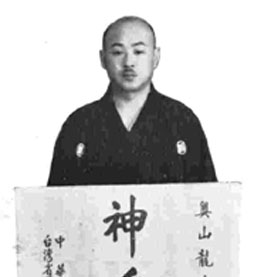 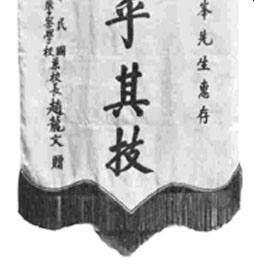